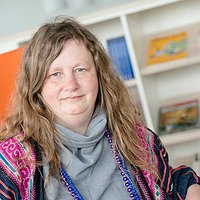 Chair for Jewish Religion in Past and Present Times

Her research focuses on relations between Jews, Christians and Muslims during the Middle Ages, specifically on the intersections of religious polemic, medical theories and gender both in Western Europe and the Middle East. Further research interests are shared saints’ cults and festivals in the medieval and early modern Mediterranean and "racial" attitudes in the Middle Ages. She is currently working on a monograph on shared saints and festivals among Jews, Christians and Muslims in the medieval Mediterranean, and, in conjunction with Prof. Dr. Adam Knobler a study of Jewish, Christian, and Muslim imaginings about the ten lost tribes in conjunction with the development of expectations of the Messiah and an anti-Messiah from the early Middle Ages to the nineteenth century.

Principal Investigator of Jews and Christians in the East