This research project explores the neo-sannyasins or also known as Rajneesh movement and their impact in West-Germany in the 1970s and 1980s. The project is conducted by Prof. Dr. Martin Papenheim and will be funded by the DFG (German Research Foundation) for three years.

The neo-sannyasins were funded by the Indian Rajneesh Chandra Mohan Jain in the early 1970s, who became widely known under the Bhagwan Shree Rajneesh. In the end of the 1980s he renamed himself into Osho. His religious movement were built up on different elements that derive from the Indian cultural context as for example yoga and tantra practices and gained success especially among Westerners, both in the US as well as in Western Europe.

The movement built centres in its hayday in West Germany in the 1970s and 1980s. The biggest commune was established in Cologne and included around 350 members. This research project focuses on the movement's hayday in order to reconstruct the occuring changes within their rituals, aesthetics and the semantics in Germany. Both the member's way of lifes as well as their productive ways in adopting or refusing cultural elements of Christianity and South Asian religions as Hinduism and Buddhism shall be analysed. Conected to this is the question of how the religious concepts and ideas that were applied by the movement's members, were designed. It seems to be that a transformation of the religious discourse took place by including psychological therapies and blending them with religious ideas and practises. 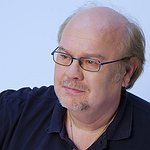 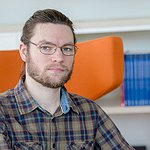