CERES Computer Café: New Digital Tools for the History of Medicine and Religion in China

Recent shifts to performative, practice and materiality-based approaches to the histories of religion and of science have called into question the very categories with which we do our studies, requiring more flexible research tools. The recent emergence of Buddhist and Daoist Medicine as new fields of historical inquiry challenges the habitual borders between earlier histories of religion and medicine. As historians begin to draw on long-known insights from anthropology, that therapeutic and salvific aims frequently converge in practice, they have begun to investigate the admixture of “medical” practices such as drugs, needles and moxibustion with “religious” practices such as incantation, spells and rituals. However, there is currently no systematic way to get an overview for how therapies were distributed.

This paper presents a pilot study of a platform which shows the distribution of therapeutic practices across the Buddhist and Daoist canons, the communities who wrote these texts, and across time and space. It is being developed by Dept. III of the Max Planck Institute for the History of Science and National Taiwan University’s Research Centre for Digital Humanities, in concert with Dharma Drum Institute of Liberal Arts. The tool focusses on repertoires of material practice which can be identified as term lists. The current study examines drug term distribution across Buddhist, Daoist and medical texts throughout Six Dynasties (ca 220-589 ce). It can show the statistical distribution of large term sets across bibliographic and sectarian genres, as well as time and space. We then markup texts for more detailed analysis, which can then be visualised on GIS maps and subjected to algorithmic analysis.

By combining large-scale analytical tools and a full-text database in the same platform, this tool enables researchers to easily switch between close and distant reading modes. While this pilot focusses on drug knowledge, it can be applied for any material practice which can be identified through large term set or vocabulary, such as ritual gestures, acupuncture points, body gods, pantheons etc. 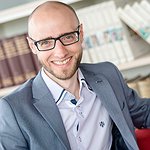